Share a memory
Obituary & Services
Tribute Wall
Read more about the life story of Cathleen and share your memory.

Cathleen (Cathy) Eve Troisi, 76, of Seneca Falls, passed away unexpectedly on January 17th, 2023, in Cohoes, NY. Calling Hours will be Monday, January 23rd, from 4 - 7 PM at Doran Funeral Home, 4 East Bayard St., Seneca Falls. A Mass of Christian Burial will be held on Tuesday, January 24th at 11 AM at St. Patrick's Church, 97 West Bayard St., Seneca Falls. The mass will also be livestreamed, a link to the livestream will be available at Cathy's online memorial at DoranFuneralHome.com. In lieu of flowers, donations may be made to the Jimmy Fund at Dana-Farber Cancer Institute.

Cathy graduated from Mt. Carmel High School and then went on to receive a bachelor's degree from the State University of New York at Fredonia and a Master's degree from Springfield College in Massachusetts. Cathy also earned a degree in Early Education from Cayuga Community College. In 1971, Cathy opened the Pre-School Community for children on Fall Street, Seneca Falls, and later also in Waterloo, NY. Until its closing in 2007, Cathy cared for more than 1600 children, some of which she remained in contact with years later.

Cathy married James L. Troisi on February 18, 1969, after meeting at Eisenhower College. They were blessed with the birth of their daughter, Kimberly Ann (Kimi). Cathy was a devoted mother to Kimi and cherished every minute they spent together. Kimi predeceased Cathy in 2007 after a courageous fight against cancer. Cathy stayed committed to sharing Kimi's story and keeping her memory alive. Cathy did so in many ways but her primary route was through running and connecting with people from all over the country and world.

Cathy started her running career in the late 1980s with her daughter. It took her all over the world and to all fifty states and D.C., finishing each state (but one!) four times. Throughout her running career, she completed over 400 marathons, including ultra marathons. Cathy completed her final race, a 5k in Maui with her granddaughter Ashley, just 48 hours prior to her passing. Cathy was known for pushing herself in honor of her daughter and also acknowledging that nothing is harder than the fight against cancer and enduring chemo treatments.

Cathy was known by many as the "Ladybug" lady as she would hand out ladybug stickers to fellow runners to wear in honor of her daughter. She was known for being kind, compassionate, gentle, fierce, loving, and incredibly generous. She raised more than $230,000 for cancer research, specifically supporting the Dana Farber Cancer Institute, the Jimmy Fund, Making Strides Against Cancer, and Building on Love. In 2018, Cathy was honored at the National Women's Hall of Fame as part of Women's History Month for her fundraising accomplishments.

Cathy's joys of her life were her two grandchildren, Ashley and Zachary Paton, and was affectionately called "Gramme T" and "TT." Cathy spent endless hours with Ashley and Zachary, making wonderful memories. She was proud of all the little and big events in their lives, and most importantly loved to see how many wonderful traits of Kimi were living in each of them - their kindness, their beauty, and their wisdom.

Cathy is predeceased by her parents, Frank and Catherine Sigona of Auburn, NY, and her daughter Kimberly Ann Troisi-Paton of Cohoes, NY. Cathy is survived by her husband, James Troisi of Seneca Falls, NY, her sister, Lisa Sigona of Auburn, NY, and her two grandchildren Ashley and Zachary Paton of Cohoes, NY. Cathy leaves behind countless friends and fellow runners from all over the country.

To send flowers to the family or plant a tree in memory of Cathleen Eve (Sigona) Troisi, please visit our floral store.


Video is available for this event 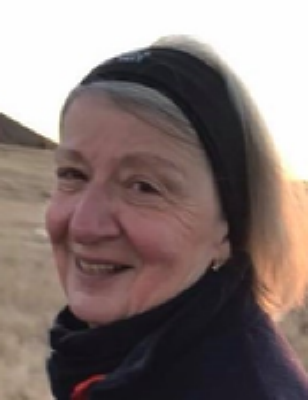