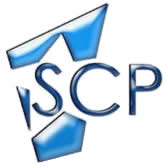 John L. King, 76, died on Thursday, September 16, 2021 at his home. There will be calling hours for family and friends on Tuesday, September 21st from 4-7 PM at Doran Funeral Home, 4 East Bayard St., Seneca Falls. A Mass of Christian Burial will be held on Wednesday, September 22nd at 10 AM at St. Patrick's Church, 97 West Bayard St., Seneca Falls. Interment to follow at St. Columbkille Cemetery. Masks will be required for all who are attending services. If desired, contributions may be made to Seneca Community Players, P.O. Box 45, Seneca Falls, NY 13148 or Trevor's Gift c/o Linda Wadhams, treasurer, Main Street Shoppe Center, Waterloo, NY 13165 or a charity of your choice.

John was born October 3rd, 1944 in Westhampton, LI, NY, the son of the late Dorothy S. and John L. King. John spent 43 years in the insurance business, where he owned and operated the family business, the D. King Agency and later the Andrews, Smalley & King Agency. John also co-owned and operated Century 21 D. King Real Estate for a number of years.

John was a member of the Seneca Falls-Waterloo Kiwanis Club, serving as President twice and was the recipient of the George F. Hixson award. He served as County Supervisor from Waterloo for three terms, was a member of the St. Francis & St. Clare Knights of Columbus Council #222 of Seneca Falls, served as Crusade Chairman for the American Cancer Society, President of both the Four County Agents Assoc. and the Finger Lakes Board of Realtors, and served on the Board of Literacy volunteers where he was also a tutor for a short time. He received a lifetime achievement award from Seneca Community Players in 2009. John was a member of the Seneca Falls Country Club where he enjoyed playing with his friends.

John's second love was the theatre, and he was a member of Seneca Community Players for 33 years. He acted in over forty plays and was honored by the Theater Association of NYS (TANYS) as best actor for his role in Moon Over Buffalo in the state competition in 1997. John has also directed and enjoyed watching the productions come alive on the stage.

To send flowers to the family or plant a tree in memory of John L. King, please visit our floral store.