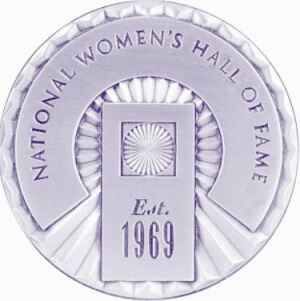 SENECA FALLS - Lucille (Matro) Povero, age 80, passed away on Sunday, January 16, 2022 at Huntington Living Center. Lucille was a lifelong resident of Seneca Falls and graduated from Mynderse Academy in 1959. She attended Syracuse University, majoring in Communications. Early in her career she worked at Clifton Springs Hospital in admissions, and then for both WSFW and WGVA radio stations in sales & marketing. She later opened her own pet grooming shop in Seneca Falls, Love & Kisses Pet Grooming, that she operated until her retirement.

Lucille was quite an activist for the community, particularly for women's rights. In 1978, Lucille became the caretaker and founding President for the Elizabeth Cady Stanton house on Washington St. She lived there with her family for 3 years while acquiring the funding to turn the site into the museum that it is today.

Lucille is also a founding member of the National Women's Hall of Fame. According to a NY Times article dated July 19, 1982, she arranged to have Alan Alda come to Seneca Falls and give a speech on inauguration day. Mr. Alda also cut the ribbon to formally open the museum.

In lieu of flowers, the family asks that donations be made to the Fetch A Friend Rescue, 92 Garden St, Seneca Falls, NY 13148.

To send flowers to the family or plant a tree in memory of Lucille (Matro) Povero, please visit our floral store.